Charlie Swift has seen a lot change over the course of his tenure in this space.  Now, as EVP and head of marketing at Adstra (formerly ALC), Swift outlines a series of failsafe and foolproof strategies to deal with the coming data identity changes.  The fact that these changes are universally applicable, increasingly complex and often carry unprecedented punitive fines, has marketers all the more concerned.  Take a couple of deep breaths and listen to our conversation – you’ll be glad you did.

See the transcript of the conversation below.

Q:  There’s been a lot of changes in the data identity space. What are some of the challenges that you’ve seen and how has your company been able to help others overcome those challenges? Sure.

A: There are a couple of big challenges everybody is very aware of, most notably this fear of sort of the deprecation of identity, the third-party cookies, the mobile address identifiers, etc. And a lot of that all builds on the expansion of privacy concerns that are coming from consumers. So, if you think about challenges, there’s that big challenge that marketing and brands have of, how are we going to continue to market in the future if the underlying ecosystem by how we always done things is going to change dramatically. Google has talked about going in this sort of cohort-based analysis, etc. But we’re of the mind, you know, belief at least that you don’t need to give up the idea of consumer one-to-one marketing and then we want to continue to support that. There are other ways to do that in ethical and privacy compliant ways.

The other big challenge that’s out there is most of the data identity companies that have existed over the long term are built on legacy infrastructure of technology. And as a result, their ability to transform themselves to support new ways to support identity etc. are very cumbersome and hard and often very pricey from an economic perspective. How do you move off of solutions that were built in the 1970s?  So, our business really has been to attack those challenges that the technology challenge of legacy technology, the economics of a model that’s built on volume-based pricing on old solutions that doesn’t support reinvestment in research and an idea, and the part that really is what we’ve done differently, is focused on starting with a person as your form of identity, as opposed to an e-mail hash, a cookie, or whatever, the things that we’ve talked about that are going to deprecate because the one thing that we know that’s not going to change, and Jeff Bezos always says ‘invest in the things that don’t change’ is the fact that you exist as a person. So, if we start with you as a person, you will always have some form of identity. And what we’ve built a solution is say we can transform to whatever that identity is because we start with the person.

So, we can capture data ourselves to our mechanisms or we can work through our brand partners or advertising partners and help them do the exact same thing. The infrastructure allows you to support that. So, you can collect information and retain it within your own firewalls, so you don’t have to be sending out to third parties to go say hey, “I have someone that came to my website.  Who is this?” and go to another person and say, “can you collect this information?”  We can make all that happen behind your own firewalls so essentially brands can do it themselves.  We can do it for you they can do it for themselves, etc.

Q: How do you do all that and remain compliant when it comes to privacy laws?

A: It’s a great question.  One thing is you must stay up to speed on what are all the current privacy rules and laws that are out there. And you’ll also have to keep up to date with what are the sentiments of the consumer. Where are they going? And all those things. But ultimately, I go back to that idea that if you start with the individual then you can provide a light on what information you have of an individual. If you’re collecting information in an e-mail hash, how do I know that that e-mail hash has been permissioned or not permission properly because I may not have connected it to the individual properly etc?  So, if you go back to and what we do is we start with every marketable person in the US. We validate their existence.  We go through the same databases that you would go through if you’re with the FBI or whoever or HR.  And then we think about identity as an attribute that’s applied to that. And in terms of this identity represents this person and then you connect and add data. But in each of those points because you’re going back to the person, the person has the rights that have been assigned to it.  So, you can always then attribute the rights that have been assigned to that data element at the person level, not at the data elements. And so that really makes it a lot easier to be compliant because the person is what’s initiates the request to be compliant in a certain form. The e-mail doesn’t ask to be unsubscribed. The person asked to be unsubscribed.

Q: It sounds like you’re essentially humanizing a very crowded technology space, which you know seems a little old school.

A: It’s one to one marketing. You know, that’s again, why we’ve built Adstra on that basis premise that somewhere along the line we like technology forget that you market to people and that you should start with people.

Q: That seems expensive though. How do you automate something like that?

A: I go back to that comment I made before about the legacy infrastructure in the architecture before.  If you look at some of our competitors, you know they have hundreds of people managing data infrastructures. We are all cloud based; we can do it with less than 10 people doing the same work that you had 400 people doing it someplace else.  So, as a result the underlying support cost is not there. Yes, you still have the cost of sourcing, but the sourcing costs are all the same, but we can invest a lot more into correct sourcing, validate, duplicate sourcing validation and all those kind of things as opposed to wasted expense on a 1974 IBM 360.

Q: How do you measure ROI?

A: The way we’re measuring ROI really is looking at the decisions that our brands are trying to make and the points of activation they’re trying to make.  The easiest way that we’re starting really is in, if you think about connection and match rates into the various points of activation, the DNP’s, etc. So, we’re not saying get rid of and on-boarder we’re saying, an on-boarder has the primary goal of what they really have as right now is the connection into the points of activation, the relationship of the points of firing off the ad or whatever it might be. But the fault or the shortcoming of those on-boarders is their effectiveness of bringing audiences in.  And by the way, if you want to become effective, we can talk about there’s probably an obvious need to discern disintermediate the on-boarder because once you have a consistent relationship with a trade desk or whoever you don’t need to go through a third party to do that. But we’re not saying that’s a choice to brand makes. So there is an ROI lift in eliminating the middleman, if you will in this process. But the immediate ROI we’re seeing is purely that match rates themselves are up dramatically—30% to 40% improvements when you go to the individual.  Because again, if you think about it, if you’re firing off a hashed e-mail into a on-boarder solution, you have one chance to match with that person.  If I now say, “no, I’ve connected to Rafer, I’ve got five hashed emails, two IP addresses and three cookies that all can be fired off” my match rate opportunity goes up dramatically.

Do Not Sell My Personal Information 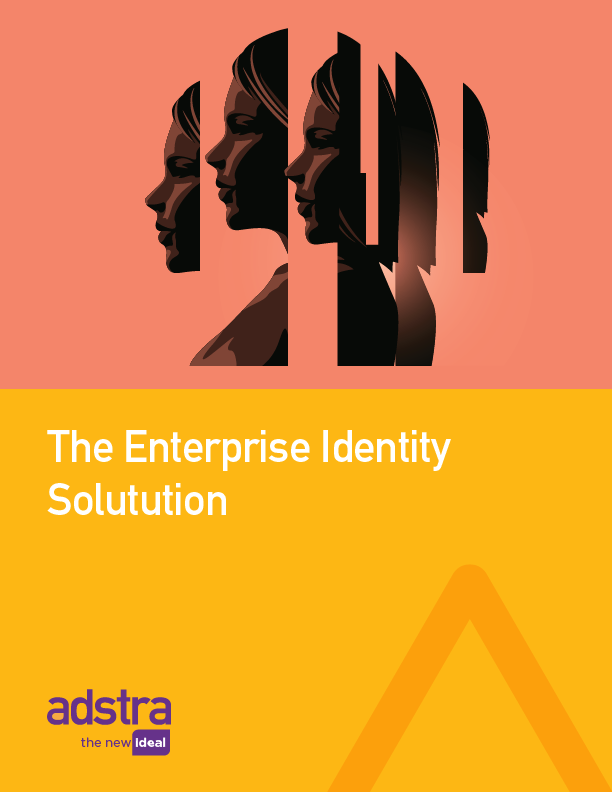 Please enter your email to
access our thought piece.​

Thank you!
Click here to read the White Paper